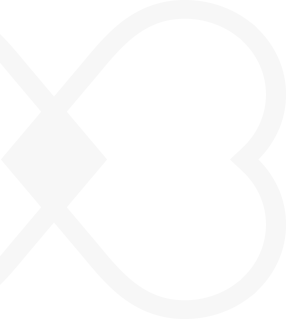 David has worked at Mayflower for two and a half years, however unbeknown to some, 12 years ago he was working as a Bank Manager. Since coming out of school David had worked in banking, with the later part of his career travelling around the country selling mortgages.

However, being someone that enjoys a challenge, David was ready for a change. He was open to anything, but when talking to one of his best friends, who was working as a mental health nurse, something struck a chord with him. David said: “Just hearing her stories of being a nurse really interested me. I’ve never had a job that I’ve really connected with, and this really sounded like something I wanted to do.”

So, David made some initial enquiries about going back to university, as with no experience in the care sector he was starting from scratch. “I really had zero knowledge of the industry, but I was excited!” David went along to an open day at Manchester University, spoke to a few tutors about the courses on offer, and David enrolled that September, and started studying to become a mental health nurse.

“After the first three weeks of the course, we were then put on placement, which was a psychiatric acute unit. It was a very busy unit, very high risk, but I knew right there and then, that I had made the right choice – this is what I wanted to do.”

“Obviously I had all those natural anxieties that everyone has when they do something new, but I knew that I had something to offer, I loved all my training and thrived on learning again!”

When David qualified he went straight into substance mis-use, working at an inpatient detox unit, specialising in patients with addiction issues. He worked here for 5 years, and then moved with the company down to Gillingham, to help set up their community alcohol service.

After spending three years working with the community in Gillingham, David knew that he wanted to keep learning and experience every part of the sector. Unfortuantely whilst working here, David’s father was diagnosed with Dementia.

“I truly can’t fault the care my father received, from his diagnosis through to the care home he was in, the team there were wonderful. Throughout his care I was in communication with a variety of services, and this gave me an insight into a new avenue that I could take.”

David then got a job as Clinical Lead at a care home in Manchester and began learning all about elderly care. He then moved South, and worked in a care home in Bexhill, but due to financial reasons unfortunately the care home had to close. This is where David found Mayflower.

“I absolutely love my job here, and I love that our home can provide the care that so many people need.”

“There are many people out there that don’t know where or who to go to for support, it was the same for my Mum, when my Dad was diagnosed, she didn’t know where to turn. So, I love it when I can go out on assessments and be that person that can say yes, we can help you.”

During his time working with Canford Healthcare, David has had the opportunity to support another home in the group, Hampton Care Home. “It’s been a fantastic experience working at Hampton, I’ve loved every minute of it!”

In his spare time David likes to run, however, he only started running last April. It was the couch to 5k app that got him started, and it wasn’t easy. “To begin with I genuinely had no idea how people did this, how do you run for half an hour without dying!” However, David kept it up, and he got to the 5k, and now enters 10k runs and is training for a half marathon. Other than running, his other love is Bury Football Club!